The mountains above Primiero-San Martino di Castrozza are known as Pale di San Martino: it is a real paradise for hikers and mountaineers and offers attractive routes for wilderness enthusiasts: an extensive network of hiking trails at high altitude, over 335 km of routes for mountain bikes, climbing with every degree of difficulty.
Three lifts lead within minutes at high altitude: everyone can experience the emotions of the Altopiano delle Pale, the vast plateau to 2600 meters above sea level, or the Alpe Tognola, pastures and woodlands overlooking San Martino di Castrozza.
The resort offers excellent accommodation facilities, typically operated by families who for generations have made their profession tourist reception. Many hotels also have Spa and beauty department. But the offer also includes alternatives such as bed&breakfast, apartments for rent, guesthouses, agriturs, residences and hostels.

Active holidays
Holidays in these places are enriched by natural environment: the Natural Park Paneveggio Pale di San Martino from 40 years protects the environment and offers activities for children and adults. Whether it is a simple trail leading to a mountain hut or a route that climbs to the 3192 metres of the highest peak in the Pale di San Martino, hiking in our mountain area will always be highly rewarding.

The MTB Marathon World Championships will play an important role in making the area at the foot of the Palagroup a bike destination at international level. The organization of the Championships will be guided by Massimo Debertolis, first and only Italian MTB Marathon Champion. An athlete from Primiero Valley, who chose and succeeded in the most difficult MTB discipline.

The Championships will take place from the 10th to the 13th September 2026. Meanwhile, many events will be organized in the area, from e-bike and gravel tours to the Mythos Primiero Dolomiti, an event that will take place for the 3rd time in 2023 and that can be considered as a kind of test for the Championships, with its three routes going through some of the most beautiful areas of the territory.

Many Bike Hotel are equipped for welcoming two-wheeled guests as well as listing bike shops, bike schools and all the precious services that mountain-bike lovers look for.  You can hire a bike or mountain bike and find service points in every village.

The finish line will be in the destination Primiero/ San Martino di Castrozza. The exact village will be announced soon. 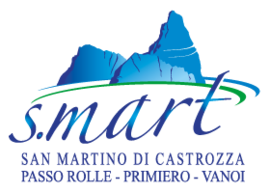