A rural landscape that invites you to slow down, breathe deeply and remember the past... and one that heralds a flourishing future. In Comano, the hands of the clock tick slower – yet the heart beats faster.

Here, at the foot of the Brenta Dolomites, that stand silent watch over Comano, rural villages stand in rows like trees in the forest. Comano is an oasis of tranquillity and well-being that invites you to follow the rhythms of nature, accompanied by the gurgling of its thermal spring. In the picturesque alleyways of the villages – including Rango, one of Italy’s most beautiful villages; by the pile dwellings at Fiavé; on the paths leading into the forests; in the golden fields bordered by watercourses – here can be found a wealth of historical artefacts and ancient buildings that tell the story of this flourishing region, part of the “Alpi Ledrensi e Judicaria”, a UNESCO biosphere.

But what is the best way to explore Comano? With boots on your feet or in the saddle of your bike, naturally! Or at table, because this area is well-known for its local produce and recipes with their traditional mountain flavours. 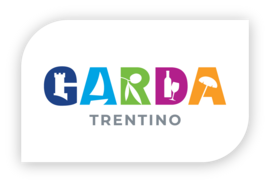