Through the large amphitheater into hidden corners

By 2020, the TOUR Transalp will be rushing across the Alps for the 18th time and you would think that there are hardly any roads left that have not been part of the route. And yet, in the coming year it will still be possible to conjure up ways that almost nobody knows. Anyone looking to cross the Dolomites off the world-famous passes will be surprised by the varied and exciting mountain routes that meander through the Alps off the beaten track. This is how it goes in 2020 over small inconspicuous passes like the Forcella Franche on the way to the lakeside road at Lago del Mis in the - at least from a German point of view - lesser known region of Belluno. From the start in the premiere stage town of Bruneck, the route leads up to Tesselberg on a remote road high above the South Tyrolean city. Monte Grappa also has something new to discover. The Transalp has climbed up and over this mountain several times, but never on this new, panoramic side route. Also new is the climb up to the large plateau between Monte Grappa and Trento in the Adige Valley. It leads with great views from Primolano up to Foza. Excitingly announced by the short winding descent over the Scale di Primolano to the bottom of the valley of the river Brenta, which passes the narrowest point between Valsugana and Bassano del Grappa. Also, the following crossing over the plateau and finally over the Passo Vezzena up to Lavarone is completely new and beautiful to ride. Despite the first TOUR Transalp crossing in 2016, the remote and bizarre Passo San Boldo with its bends carved into the rock as tunnels remains an insider tip. In any case, five of the eight stage destinations are completely new: Bruneck, San Martino di Castrozza, Possagno, Asolo and Lavarone have never been approached before, so even for old transalp hands the finish lines offer completely new impressions and cultural diversity.

But of course, the Transalp doesn't just go into the quiet corners. For all those who like to collect Alpine passes and symbolically carve them into their frames, there are also some well-known passes in the "Highlight" category waiting. There is the steep Furkelpass, the best Dolomite panorama hits like the Passo Valparola, Falzarego, Rolle and Valles, the unique Manghenpass or for all climbing lovers of the TOUR Transalp, the Forcella Aurine and the Passo Cereda south of the Pale di San Martino.

There is a lot new to this route and a lot to discover. It is also a premiere that there is a two-day stop at Monte Grappa, with the two destinations Possagno and Asolo just a few kilometres apart. Here you can spend two nights relaxing in the same bed and fully concentrate on Monte Grappa.

And the best thing is that this mixture is not only new, but also incredibly varied, sporty, scenic and cultural. Neither the legs nor the eyes can get used to any standard. But those who like boredom can also cycle at home. 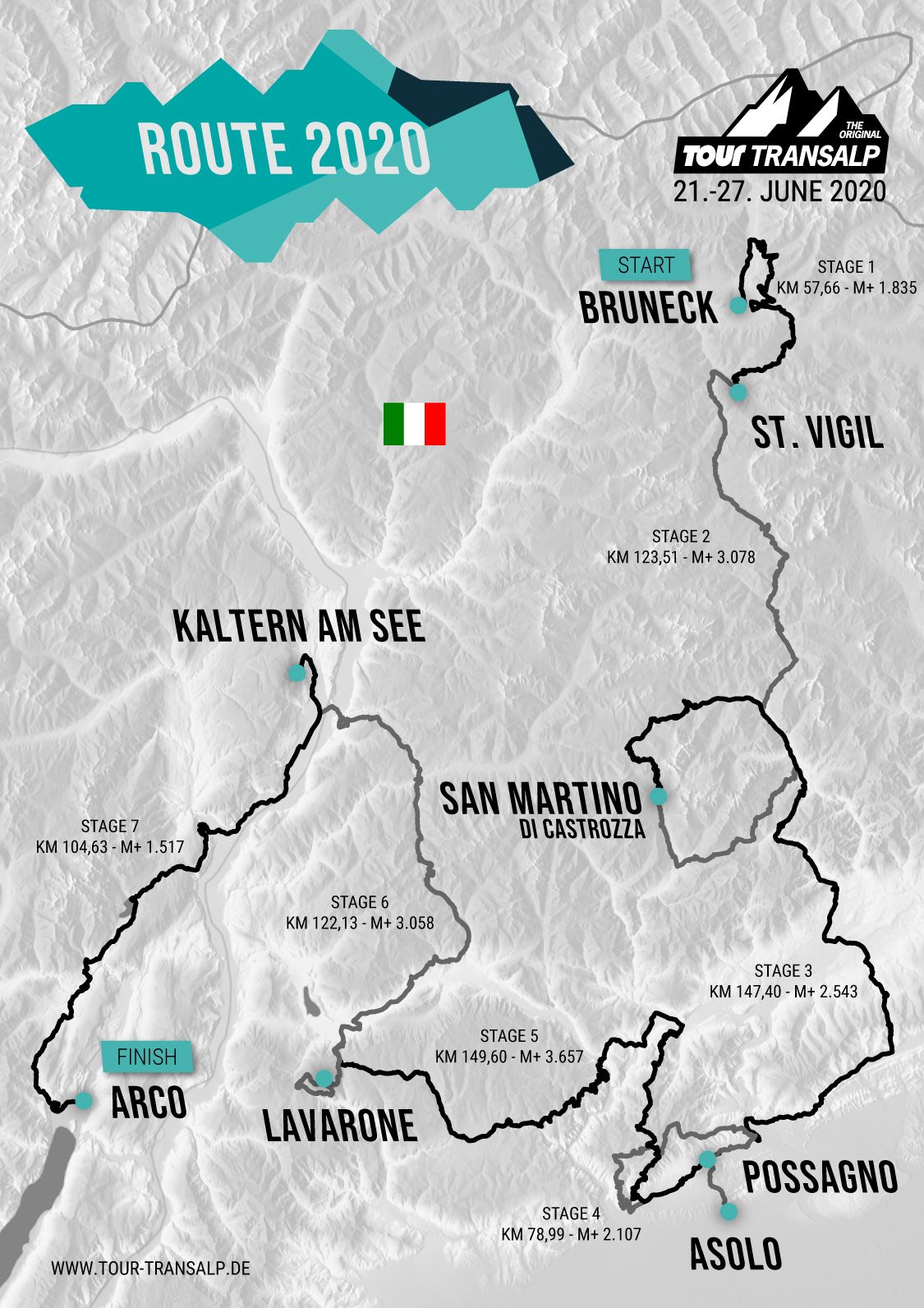